Many thanks to the editors at Red Dirt Forum for choosing to include three of my stories in the upcoming music issue. I greatly appreciate the support. 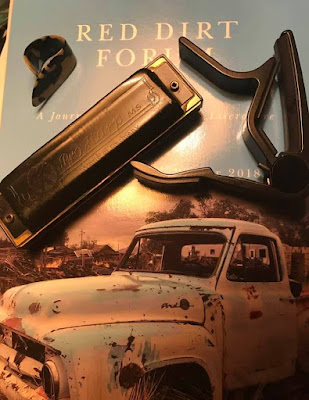 Posted by heathddollar at 11:04 PM No comments: Links to this post

Martina and I took a short, but much needed trip to West Texas. A little time in Caprock Canyon State Park was good for the spirit. While we were there, I found myself fascinated by everything from the tallest red cliff to the tiniest pebble. I loved watching small birds flit through the brush, bison scratch their backs on mesquite trees, and mule deer pause for a drink. I even enjoyed the "buffalo jams" on the road. They reminded me of those golden days when I lived in Yellowstone Park.

Posted by heathddollar at 2:18 PM No comments: Links to this post

Yesterday afternoon I had the pleasure to attend the launch event for Panther City Review #4 at Leaves Book and Tea Shop. Several Fort Worth writers, including myself, have been featured in the publication since the inaugural issue, and it has been wonderful to look at the bios and see how much ground everyone has gained in their literary careers over the last four years. Hard work and tenacity are truly rewarded. 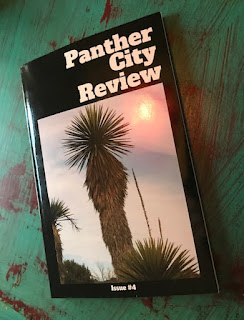 Posted by heathddollar at 9:22 AM No comments: Links to this post

Last week I turned fifty, though I have not yet decided what that milestone really means to me. I still seem to be processing my opinion. At some point, I must stop all of this running and appraise my life once again. Perhaps spending some time in the desert without access to a telephone would do me good. There is something to be said for days spent in quiet reflection, days spent with the wind and the clouds and the sky, with the raw earth beneath one's feet. I know that I am fortunate. That much is sure, but still I need time to reflect, to decrease the velocity of these quickly-passing days if only for a while. 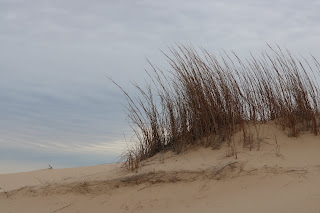 Posted by heathddollar at 3:49 PM No comments: Links to this post

Many thanks to Red Dirt Forum for including one of my stories in the current volume. I have truly enjoyed reading the work of so many talented Southern writers and feel both honored and blessed to have a story appear in the same publication as a writer I studied in college. 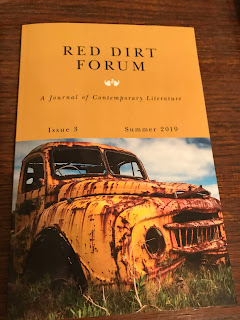 Posted by heathddollar at 5:04 PM No comments: Links to this post

Over the last couple of years, my life has been greatly enriched by the people I have met and the books and journals I have encountered. I have been fortunate to have met so many accomplished writers, and the common denominator among them has been kindness and humility. I have found myself impressed by their integrity and character, qualities that are truly more important than literary success.

Many of the books and journals that have made their way to my nightstand were written by writers I have met. Others were written by writers alongside whose work I have found my own. And I must say that these days I am more excited about reading than I have been since my years in Yellowstone. I have come to find myself in a beautiful new world of ideas and impressions, a world of wonder and blessings. For all of this, I am so very grateful.

Posted by heathddollar at 4:42 PM No comments: Links to this post

Fort Worth and the Moon

With tomorrow being the fiftieth anniversary of Neil Armstrong's "giant leap for mankind," space exploration seems to be on many of our minds. This morning I got to thinking about the Apollo 12 mission to the moon and my grandfather's small, unusual role in that mission.

My grandfather, Marlin Dollar, made Fort Worth Police badges for more than sixty years, and he was asked to make an honorary badge for astronaut Alan Bean to carry with him to the moon. On November 19, 1969, Apollo 12 landed on the lunar surface with a panther badge in tow.

Posted by heathddollar at 10:12 AM No comments: Links to this post 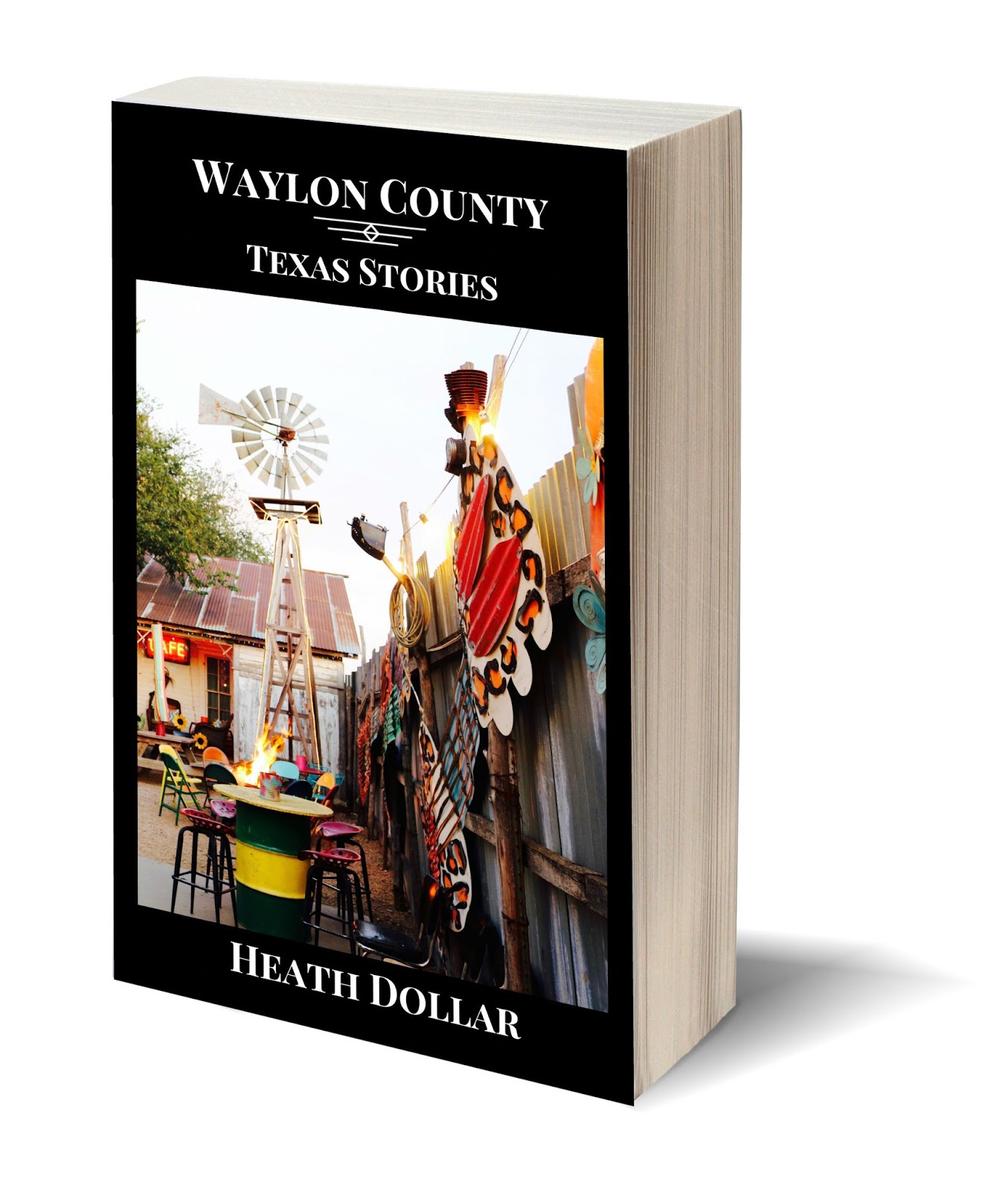 A Book by Heath Dollar 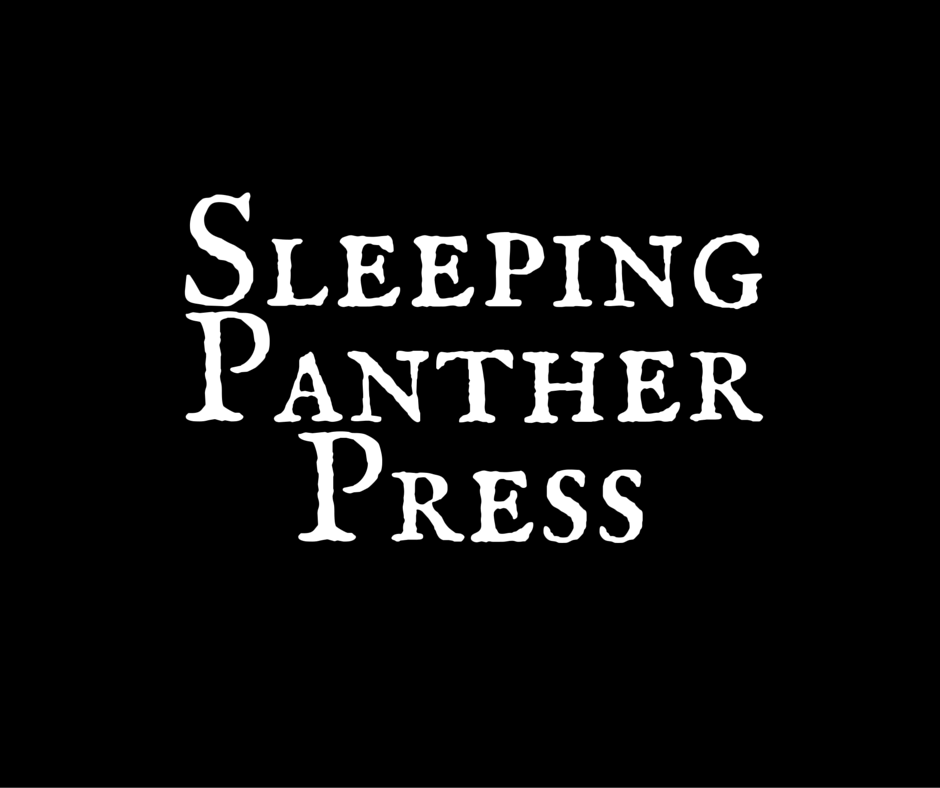 For the Panther City Review, Waylon County T-shirts, and much more, click on the Sleeping Panther Press icon. 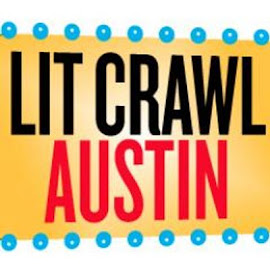